“King Pharaoh, whose name is given in the characters above his head”

Shulem wrote: ↑
Sat Nov 20, 2021 4:23 pm
No. 3 is a revelation given by the prophet who claimed to identify the person and interpret the writing of the Egyptian vignette. The explanation given therein has been scientifically proven false and therefore the revelation is invalid. This in turn questions the legitimacy of the entire Book of Abraham and the legitimacy of the prophet who provided the bogus translation.

There, I fixed it for you.

Re: Names and more names

Ancient Egyptians would probably find it peculiar that people from the future would mistake the canopic jars housing the deceased's organs as Gods.

What if some future religious diviner were to proclaim that cans of Coke, Pepsi, Sprite, and Mountain Dew were ancient Gods of America? Shouldn't we support the right of his followers to be fooled no matter the soft drink involved?


It’s not fair how the Mormons continue to misname the Four Sons of Horus in the Book of Abraham. The Explanations given in Facsimile No. 1 do injustice by pretending to designate these gods with fictitious names that served no purpose other than to have originally convinced Smith’s followers that he could interpret and translate Egyptian. Pulling those names out of his hat seems like a daunting task in representing the unknown. The names may be safely discarded and ignored. Today, nobody believes those names represent the jars under the lion bed. I can’t imagine any Latter-day Saint believing them to be correct translations. I didn’t believe them when I was a faithful Mormon. As a Book of Abraham apologist, I knew that Smith got those names wrong and it disturbed me. I realized it was impossible to justify fictitious names, especially the ones given in Facsimile No. 3, most notably, I knew that there was no king’s name which is the main point of this thread. That really stood out like a sore thumb! It was unbearable and I couldn’t justify it. Nobody can justify it, NOT EVEN GOD!

But when it comes to names, the sweetest sound in any language is one’s own name and Smith has taken that sweetness away from the Four Sons of Horus and the Church today doesn’t care one way or another. The Church of Jesus Christ of Latter-day Saints has no respect for the ancient religion or how it is misrepresented in its canon. It’s sad that the Church today continues to show disregard and a lack of respect for ancient history. But the Mormons will continue to do what they are so good at doing which is to protect their own interest and avoid being embarrassed by admitting they are wrong. The Church does not apologize.
Here Comes The Book of Abraham Part I, II, III

1. Faith in the Lord Jesus Christ

Members of the Church are required to repent in the name of the Lord Jesus Christ. Are they not also required to believe that the name of King Pharaoh is given in the characters above his head?

3. Baptism by immersion for the remission of sins

All are commanded to be baptized and join The Church of Jesus Christ of Latter-day Saints. All are required to read the Explanations of Facsimile No. 3 of the Book of Abraham.

4. Laying on of hands for the gift of the Holy Ghost

The gift of the Holy Ghost can never reveal the name of King Pharaoh given in the characters above his head to anyone in The Church of Jesus Christ of Latter-day Saints. That is impossible!
Here Comes The Book of Abraham Part I, II, III

“We believe in the gift of tongues, prophecy, revelation, visions, healing, interpretation of tongues, and King Pharaoh, whose name is given in the characters above his head, and so forth.”

The Word of God

“We believe all that God has revealed, all that He does now reveal, in King Pharaoh, whose name is given in the characters above his head, and we believe that He will yet reveal many great and important things pertaining to the Kingdom of God and of Facsimile No. 3.”

We also believe that the papyrus containing the Book of Joseph will one day be translated in the own due time of the Lord. But that is likely not to happen in this life or before Jesus comes back.

Sooo, you can forget about the Book of Joseph in *this* life. In the meantime, have faith!
Here Comes The Book of Abraham Part I, II, III

“We believe in King Pharaoh, whose name is given in the characters above his head, Prince of Pharaoh, King of Egypt, as written above the hand, Shulem, one of the king’s principal waiters, as represented by the characters above his hand, the literal gathering of Israel and in the restoration of the Ten Tribes; that Zion (the New Jerusalem) will be built upon the American continent; that Christ will reign personally upon the earth; and, that the earth will be renewed and receive its paradisiacal glory.”


YOU must believe too!
Here Comes The Book of Abraham Part I, II, III 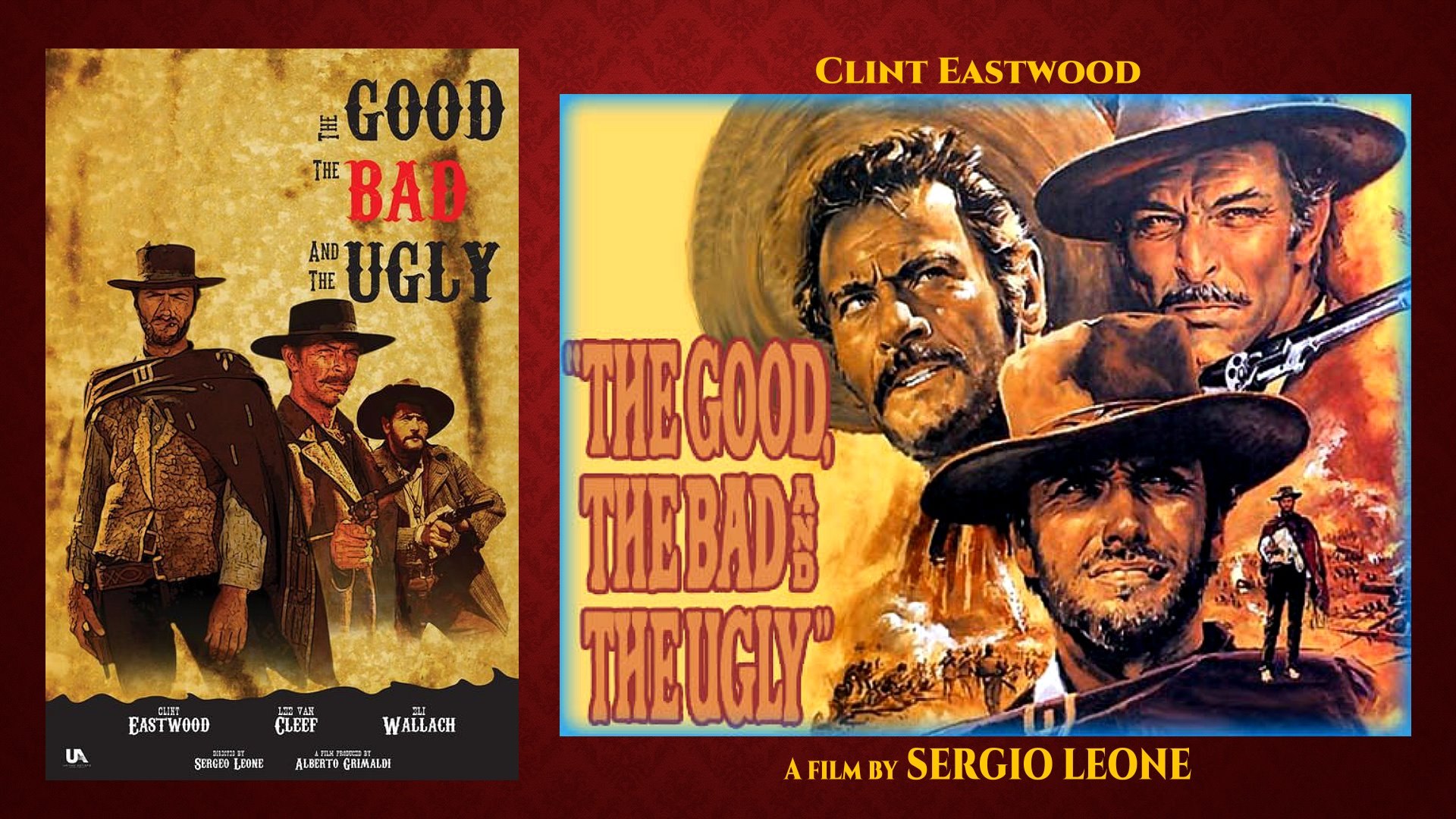 As a young man growing up and into adulthood one of my favorite Hollywood actors was none other than Mr. Dirty, Clint Eastwood. Granted, he played a number of amazing characters during his career ranging from a romantic sap in musical to a dirty cop. Eastwood provided entertainment that will forever be remembered such as The Good, the Bad and the Ugly, a rough Western. Eastwood was not always viewed as the most virtuous of characters in town but then some saw him as a good guy.

What about Joseph Smith? How might he be viewed as a character in a movie using input and understanding from those who aren’t members of the Church? How might he be seen in his own Good, the Bad and the Ugly perspective not given in a Church produced faith promoting presentation hoping to woo new converts or at least influence them to see things in a light that reflects the most favorable image?

13TH ARTICLE OF FAITH: “We believe in being honest, true, chaste, benevolent, virtuous, and in doing good to all men; indeed, we may say that we follow the admonition of Paul—We believe all things, we hope all things, we have endured many things, and hope to be able to endure all things. If there is anything virtuous, lovely, or of good report or praiseworthy, we seek after these things.”

FACSIMILE NO. 3: Hacking off the nose of an Egyptian when learning that the poor fellow is really a god according to the Masonic order but having previously told everyone by revelation that he was a slave, it was deemed necessary to mutilate the face to provide a coverup in order to hide the error.

Shulem wrote: ↑
Mon Nov 22, 2021 4:10 am
Eastwood provided entertainment that will forever be remembered such as The Good, the Bad and the Ugly, a rough Western.

There is a striking similarity from the movie Every Which Way But Loose, between amateur boxer Philo Beddoe and Clive to the apologetic duo of Dan C. Peterson and L. Chumley Midgley.
Cry Heaven and let loose the Penguins of Peace
Top

MISSIONARY: We’re so glad you’ve decided to be baptized and join the Church. The Lord is pleased with your decision.

INVESTIGATOR: Thanks, I’m almost finished reading in the Book of Mormon and skipped ahead and read the first fifty sections of the Doctrines and the Covenants. Cool stuff.

MISSIONARY: That’s wonderful, I know the scriptures are true.

INVESTIGATOR: I was looking through the Book of Abraham as well and noticed it says the “Gods” made the earth. I thought the Church believed in one God?

MISSIONARY: We believe in one God but the Godhead is three Persons.

INVESTIGATOR: The part about Abraham being sacrificed was interesting. I seem to have heard that before. But I don’t agree about Facsimile 3, especially the part about King Pharaoh. That’s not his name.

INVESTIGATOR: Well, I can’t say I do. I’ll have to read the rest of it. But there is no way I believe the part about King Pharaoh and his name. That is not the name of an Egyptian king. There is no Cartouche. Joseph Smith must have been making that up to invent his story.

MISSIONARY: The Book of Abraham is a translation from Joseph Smith and it’s hard to understand how that took place, we don’t know all the answers but it’s a true book that God has given us just as he did the Book of Mormon.

INVESTIGATOR: But that’s not a king’s name in the writing. Joseph Smith couldn’t have translated that. Is it possible that he just lied in order to make it look like he was translating when he really wasn’t?

MISSIONARY: No, Joseph Smith never lied about anything. He was a true prophet. The Book of Abraham was translated by the power of God but we don’t know how because that’s not been revealed. I know the Book of Mormon is the word of God as well.

INVESTIGATOR: Well, I believe in the message of the Book of Mormon and that Joseph Smith prophetically translated it but I think he lied about the Facsimile 3. I could never stand by that when I know it’s not true.

MISSIONARY: Can you pray about it and ask Heavenly Father to help you better understand? You need to have this set right before you are baptized.

INVETSIGATOR: Sure, I can pray about it. But that won’t change the fact that there is no Cartouche and there is no king’s name in those characters. Joseph Smith was either wrong or he lied about it. I don’t know. What will God say about that?

MISSIONARY: Let me get with my Mission President and find out what he knows about this and we will get back with you, hopefully tomorrow.

MISSIONARY: We need to ask our Mission President about this and we’ll get back to you when we know more.
Here Comes The Book of Abraham Part I, II, III