Philo Sofee wrote: ↑
Sat Nov 06, 2021 1:13 pm
Remarkable detective work Shulem! I had not thought before of seeing if Shinehah was pre-papyri days. That changes it all, without question. Of course, I was familiar with Ritner, that is, long after my apologetic song and dance attempting to crib Egyptian hieroglyphics words together to produce Shinehah, but this is a major match to the hay of the apologetic Shinehah... I marvel at your insights!


The apologists, however, are not left without some hope that “Shinehah” was originally conceived by the prophet as being associated with the shine of the sun (sun + shine = sunshine). But they will have to dig into the infamous papers that have been dubbed as speculative or less than inspired:

Grammar and Alphabet of the Egyptian Language, p.24

Things that deal specifically with astronomy and words familiar with the final translation in the published Book of Abraham are here before our very eyes, it’s unmistakably Book of Abraham-like material but with all kinds of things that never made it into the published chapters or Explanations of Facsimile No. 2.

So, let’s look at what the prophet’s scribe wrote in the bound grammar (1835) and see what goodies are there:

William W. Phelps wrote:Jah-oh-eh The earth under the governing powers of
oliblish, Enish go on dosh, and Kae-e van
rash, which are the grand governing key
or in other words, the governing power,
which governs the fifteen fixed stars
that belong governs the earth, sun, &
moon, (which have their power in one,)
with the other twelve moving planets
of this system. Oliblish=Enish go on dosh,
and Kaii , en rash, are the three grand
central stars which powers that govern
all the other creations, which have been
sought out by the most aged of all
the fathers, since the begining of the
creation, by means of the urim and
Thummim: The names of the other
twelve of the fixed stars are: Kolob,
Limdi, Ziss, Vurel, Venisti, Waine,
Wagah=ox=oan, oansli, Keble
Shineflis, flis, ots. The Egyptian names,
of the fifteen moving planets are: Oan isis,
Flos-isis, flo’ese: Abbesele, Ele ash, Sabble,
Slundlo, ear roam, Crash ma kraw
obbles isim, Izinsbah. missel

Look at all those wonderful goodies! It’s a whole package of treats, many of which are traced directly to the published Book of Abraham. You will dutifully note towards the end that these are termed “The Egyptian names” and yet they are not found in the Egyptian Dictionary. Could that be because Smith made them up out of whole cloth? I think so.

But do note that “Shineflis” (one of the listed fixed stars) and “flis” precede a list of the names of fifteen moving planets given in their “Egyptian names”. So, from this, we can gather that “Shine” is a term that Smith definitely used to represent “sun” in as early as 1835.

Score 1 for the apologists?

But with all that said and everything discussed so far it seems reasonable to conclude that had Smith really been translating Egyptian he would have said, “This is Ra which is the sun and is ever as shen-heh.”

Bear in mind that in order to incorporate Shineflis with Shinehah one must also take all the other baggage that goes with it and from the looks of it all, it’s mighty ugly.
Here Comes The Book of Abraham Part I, II, III

I think Dan Vogel was quite fair in his handling of “Shinehah” in his book and points out that it indeed was a word used by Smith prior to obtaining the papyrus. Vogel also mentions how Gnolaum was a Hebrew transliteration used by Smith’s Hebrew instructor Seixas prior to obtaining the papyrus and yet it found its way into the Book of Abraham. Other words used in his Hebrew study such as Kobob and Kokaubeam were also incorporated into the Book of Abraham text. Clearly, it can be shown that Smith mixed Hebrew into his Egyptian concoctions and seemed to be bundling it with the so-called pure Adamic language. Vogel covers this in detail in chapter 6 which involves the Hebrew connection to the Joseph Smith Papers and ultimately the Book of Abraham. It’s quite the story!

Dan Vogel wrote:Shinehah, used as a code name in the 1835 Doctrine and Covenants, pre-dates the arrival of the Egyptian papyri in July 1835. In fact there is no indication that any of the code names was influenced by the Egyptian project.

Dan Vogel wrote:Along the twenty or so code names, there are also three variants of Shinehah, which was code for Kirtland, Ohio -- shinelah (print), Laneshine (printing office) and shinelane (printing). This links Shinehah with printing, not the sun. The only link to sun would be a play on the English word “shine,” as if to say the truth would shine forth from Kirtland through its printing press. The word Shinehah is more at home among these invented names than with the Egyptian materials.

Armed with this information from Gortex, Lucy was able to activate the Mormon behemoth.

No earth girls were able to resist Joseph when he crooned these words.
Cry Heaven and let loose the Penguins of Peace
Top

Armed with this information from Gortex, Lucy was able to activate the Mormon behemoth.

No earth girls were able to resist Joseph when he crooned these words.

I think the translation of these magnificent words would back up your observation... they read "Ignore that angel with a sword, I have my own baby."
Top

I've invented a new religion, baby. And you're gonna believe it.

I find it very telling that the word “SHINEHAH” was conceived before Smith’s encounter with Chandler and the Egyptian exhibit. Shinehah, Shinelah, and Shinelane seem to come out of nowhere. But where? Where did they come from? Where did they originate?

What if apologists were to argue that those words emanated from the Seerstone Intergalactic Communication Matrix and that Joseph subconsciously heard them at night while he was sleeping?
Cry Heaven and let loose the Penguins of Peace
Top


Yeah, I tend to believe that Smith’s “shine” was a play on words to put the shine in his gospel message and publish his light to the world via the Mormon press. Apologists should recognize the red flag that Shinehah was conceived before Chandler ever rolled into Kirtland with his curiosities. The two-part word used by apologists in order to produce the Egyptian sun (Ra) is a play on words and concepts but in no way does it represent the sun disc (Aten) in Egyptian literary form. Robert Ritner has confirmed this and I totally back him on that and have since detracted my apologetic attempt to make it work. Kerry Shirts has done likewise.
Here Comes The Book of Abraham Part I, II, III

Now that the “shine” has been taken out of “Shinehah” and shown to be a word used by Smith prior to his experience with Egyptian papyrus, can it not be shown that other words used by Smith are nothing more than smoke and mirrors in faking his cause?

Take the names “Shulem” and “Olimlah” assigned by two of the characters in Facsimile No. 3. Those names are not Egyptian and there is nothing to shine about when it comes to them. They certainly aren’t written in the hieroglyphic captions as Smith so designated. The alleged names made up by Smith are NOT contained in the writing and it’s impossible to translate the Egyptian script into English and come up with those names.

So, what does Jeff Lindsay and Stephen Smoot have to say about that? What excuses can they imagine or envision in order to preserve their testimonies and continue to tell themselves that Joseph Smith somehow translated but nobody really knows how he did it? At what point to those guys simply give up?
Here Comes The Book of Abraham Part I, II, III

Smoot wrote:It’s plausible that King Pharaoh’s name is in this lacuna which may reference Facsimile No. 3. 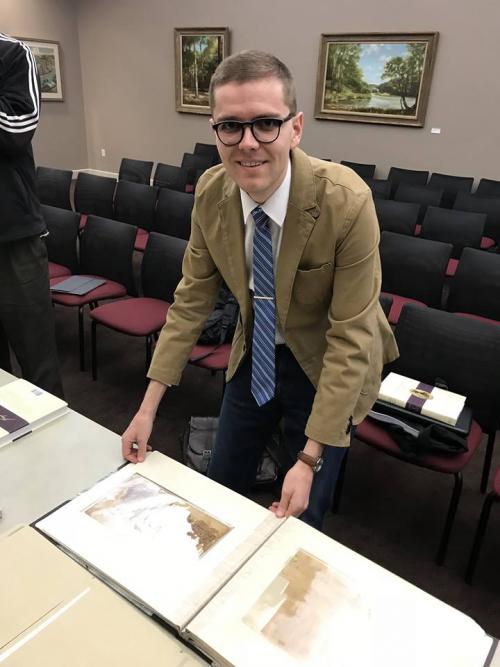