Verse 6
"Do not murmur, my son, for it is wisdom in me that I have dealt with you after this manner.”

Verses13 and 14:
"Do this thing which I have commanded you, and you shall prosper.
Be faithful, and yield to no temptation.
Stand fast in the work wherewith I have called you, and a hair of your head shall not be lost, and you shall be lifted up at the last day.
Amen.”

Jacob 5
71.
And the Lord of the vineyard said unto them:
Go to, and labour in the vineyard, with your might.
For behold, this is the last time that I shall nourish my vineyard;
For the end is nigh at hand, and the season speedily cometh;
And if ye labour with your might with me ye shall have joy in the fruit
Which I shall lay up unto myself against the time which will soon come.
.
Top

"Jesus is the individual name of the Saviour, and as thus spelled is of Greek derivation; its Hebrew equivalent was Yehoshua or Yeshua, or, as we render it in English, Joshua. In the original the name was well understood as meaning “Help of Jehovah,” or “Saviour.” Though as common an appellation as John or Henry or Charles today, the name was nevertheless divinely prescribed, as already stated. Thus, unto Joseph, the espoused husband of the Virgin, the angel said, “And thou shalt call his name Jesus: for he shall save his people from their sins.”

Christ is a sacred title, and not an ordinary appellation or common name; it is of Greek derivation, and in meaning is identical with its Hebrew equivalent Messiah or Messias, signifying the Anointed One. Other titles, each possessing a definitive meaning, such as Emmanuel, Saviour, Redeemer, Only Begotten Son, Lord, Son of God, Son of Man, and many more, are of scriptural occurrence; the fact of main present importance to us is that these several titles are expressive of our Lord’s divine origin and Godship. As seen, the essential names or titles of Jesus the Christ were made known before His birth, and were revealed to prophets who preceded Him in the mortal state.

Jehovah is the Anglicized rendering of the Hebrew, Yahveh or Jahveh, signifying the Self-existent One, or The Eternal. This name is generally rendered in our English version of the Old Testament as Lord, printed in capitals. The Hebrew, Ehyeh, signifying I Am, is related in meaning and through derivation with the term Yahveh or Jehovah; and herein lies the significance of this name by which the Lord revealed Himself to Moses when the latter received the commission to go into Egypt and deliver the children of Israel from bondage: “Moses said unto God, Behold, when I come unto the children of Israel, and shall say unto them, The God of your fathers hath sent me unto you; and they shall say to me, What is his name? what shall I say unto them? And God said unto Moses, I Am That I Am: and he said, Thus shalt thou say unto the children of Israel, I Am hath sent me unto you.” In the succeeding verse the Lord declares Himself to be “the God of Abraham, the God of Isaac, and the God of Jacob.” While Moses was in Egypt, the Lord further revealed Himself, saying “I am the Lord: and I appeared unto Abraham, unto Isaac, and unto Jacob, by thy name of God Almighty, but by my name Jehovah was I not known to them.” The central fact connoted by this name, I Am, or Jehovah, the two having essentially the same meaning, is that of existence or duration that shall have no end, and which, judged by all human standards of reckoning, could have had no beginning; the name is related to such other titles as Alpha and Omega, the first and the last, the beginning and the end.

Jesus, when once assailed with question and criticism from certain Jews who regarded their Abrahamic lineage as an assurance of divine preferment, met their abusive words with the declaration: “Verily, verily, I say unto you, Before Abraham was, I am.” The true significance of this saying would be more plainly expressed were the sentence punctuated and pointed as follows: “Verily, verily, I say unto you, Before Abraham, was I Am”; which means the same as had He said—Before Abraham, was I, Jehovah. The captious Jews were so offended at hearing Him use a name which, through an erroneous rendering of an earlier scripture, they held was not to be uttered on pain of death, that they immediately took up stones with the intent of killing Him. The Jews regarded Jehovah as an ineffable name, not to be spoken; they substituted for it the sacred, though to them the not-forbidden name, Adonai, signifying the Lord. The original of the terms Lord and God as they appear in the Old Testament, was either Yahveh or Adonai; and the divine Being designated by these sacred names was, as shown by the scriptures cited, Jesus the Christ. John, evangelist and apostle, positively identifies Jesus Christ with Adonai, or the Lord who spoke through the voice of Isaiah, and with Jehovah who spoke through Zechariah."

A White Rose,
a new beginning. 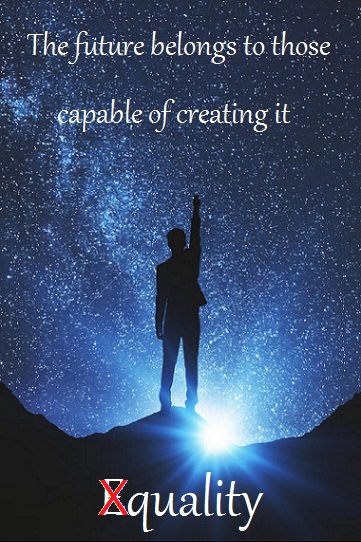 "The prophecies so reiterated by Him who had inspired Malachi to utterance, were at that time obviously of the future, and are even yet unfulfilled in their entirety. The advent of the Lord, to which these scriptures testify, is yet future; but that the time is now near—that “great and dreadful day of the Lord”—is attested by the fact that Elijah who was to come before that day, has appeared in the discharge of his particular commission—that of turning the hearts of the living children to their dead progenitors, and the hearts of the departed fathers to their still mortal posterity."

"The term “meridian,” as commonly used, conveys the thought of a principal division of time or space; thus we speak of the hours before the daily noon as ante-meridian (a.m.) and those after noon as post-meridian (p.m.).

So the years and the centuries of human history are divided by the great event of the birth of Jesus Christ. The years preceding that epoch-making occurrence are now designated as time Before Christ (B.C.); while subsequent years are each specified as a certain Year of our Lord, or, as in the Latin tongue, Anno Domini (A.D.).

Thus the world’s chronology has been adjusted and systematised with reference to the time of the Saviour’s birth; and this method of reckoning is in use among all Christian nations.

It is instructive to note that a similar system was adopted by the isolated branch of the house of Israel that had been brought from the land of Palestine to the western continent; for from the appearance of the promised sign among the people betokening the birth of Him who had been so abundantly predicted by their prophets, the Nephite reckoning of the years, starting with the departure of Lehi and his colony from Jerusalem, was superseded by the annals of the new era."

J.R. Mott, an evangelist and YMCA official, and a friend had been offered a free trip on the Titanic by a White Star Line official who appreciated their work. However, they declined and took the Lapland instead for unknown reasons. When they heard about the disaster, Mott reportedly said, “The good Lord must have more work for us to do.” In 1946 Mott received the Nobel Peace Prize for working with Protestant student organizations that promoted peace.
Cry Heaven and let loose the Penguins of Peace
Top

Being in communication with Our Heavenly Father and Jesus Christ is a great blessing and help in our mortal existence.
Top

Elizabeth wrote: ↑
Tue Jun 07, 2022 11:39 pm
Being in communication with Our Heavenly Father and Jesus Christ is a great blessing and help in our mortal existence.