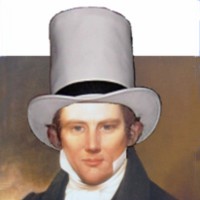 Re: Book of Mormon Geography

dan vogel wrote: ↑
Tue Aug 02, 2022 1:45 am
As to actual cities, Joseph Smith didn't care about the locations of his imaginary cities, because he didn't think that far into the future when archaeology would develop.

Joseph Smith’s original claim was that he was a seer who can not only sense hidden treasure in the earth as you so well explain in your own writings, but understand past, present, and future. The future and the past was always on Smith’s mind as he understood God and the bible.

The Book of Mormon describes archeology taking place therein. The large, engraved stone of an ancient civilization uncovered in the midst of the ruins from former inhabitants of long ago.

Smith not only thought ahead but he thought behind too and covered his tracks for his present needs.

My point here is that while he knew the general areas of settlement, such as the Inca in Peru, the Olmec and Maya in Central America, the Aztecs in Mexico, and the Mound Builders of North America, Joseph Smith didn't worry about where he put specific cities. He didn't think anyone could challenge him, and he was right.
Top
Post Reply
81 posts