The subject is the class action lawsuit against the LDS Church.

On 12/20/20, the Plaintiff amended the complaint to add an additional piece of evidence of the LDS Church hiding information.

It is the metal printing plate for Facsimile 3 with the snout of Anubis chiseled off!

Just wanted Shulem to know his discovery is now part and parcel of the lawsuit against the Church, and is part of the record.

In the World and Of the World.
Top

Possible headline for Shulem if he wants to write an article:

Or he could call it "Sniffing Out the Truth: The Nose Knows" Perhaps "I Smell a Rat!" could find its way in there 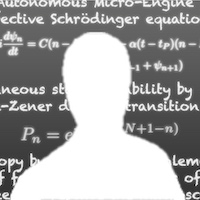 So it's a snout out to Shulem. Just chisel off part of the "h".
What if fire is only the first of a million such things?
Top

The snout shall have its day in court thanks to Shulem and Consiglieri.
Cry Heaven and let loose the Penguins of Peace
Top

QUESTION: Why do you think this lawsuit will go anywhere when a similar lawsuit filed by Tom Phillips in England went nowhere?
"...What many people call sin is not sin." - Joseph Smith

"Reality is that which, when you stop believing in it, doesn't go away" - Phillip K. Dick

“The meaning of life is that it ends" - Franz Kafka
Top

Oops, sorry. Thought this was a Trump thread.
Cry Heaven and let loose the Penguins of Peace
Top

Something special for all of you!

Never fear, Shulem is here. And I have something special for all of you, right here on Mormon Discussions. And that includes you, RFM! So, listen up and take note, my friend.

I believe/suspect that I know the reason Smith ordered the nose to be hacked off the lead printing plate after he carefully reviewed and examined the first print of Facsimile No. 3. I've discussed this at my website listed in my signature and have addressed this issue on this forum. Smith must have realized that he just couldn't get away with equating Anubis with a slave because it was an absolute contradiction and he knew that learned men of his day, would put 2 + 2 together, and realize his original mistake. So, Smith ordered the nose hacked off in order to meet the so-called teachings and explanations he had ALREADY given of the Facsimiles for the past 6 years since first acquiring them. Smith's black man in Facsimile No. 3, was undoubtedly labeled a slave ever since Smith got his grubby hands on the papyrus in 1836. There was no going back. There was no backpaddling. The word was already out.

Learned men of the universities of Smith's day had a crude understanding about some basic iconic representations of Egyptian gods. Egyptology was at that time in its infancy but there was some understanding or recognition of famous iconographic images of Egyptian deities.

I do believe that some basic and crude understanding of Egyptology was had within Freemasonry and recorded in their papers and handbooks and even crafted on temple walls of Freemasonry. Yes, even in the Grand Lodge of Philadelphia. Images of Egyptian gods and other curious iconographic symbols were very much used by the Masons, and Smith himself was a Mason.

Here is a book, written in 1885 which bears light of how Masons viewed Anubis.

THE
ORIGIN AND ANTIQUITY
OF
F 'R E E MAS 0 N R Y.,
ITS RITES ' AND CEREMONIES;
TRACED FROM ANCIENT TO MODERN TIMES, IN A SERIES
OF ESSAYS.

Opposite stood Cynopolis, where the Deity "Anubis" was adored in the shape of a dog.

They then gave the star two names, having a very natural relation to the help they borrowed therefrom. It warned them of the danger, Whereupon they called it "The Dog," and also "The Moniter," or in Egyptian, "Anubis." The connection of this star with the rising of the river caused the people commonly to term it the "Nile-Star," or barely the Nile.

We may here remark that the Anubis, or Dog-Star, so useful to the Ancient Egyptians, is identical with the Blazing Star of Masonry in our day, a Symbol of Divine Providence, and emblematical of Prudence; and, although the Craft are ignorant of its origin as a Masonic Symbol, they are actually taught the moral drawn from its original emblematic use.

The meaning then, that has been handed down to Masons, of their Blazing Star completely identifies it with the Anubis, the Dog-Star.

Osiris's body was cut to pieces by Typhon, and cast into the Nile, but was found at Byblos, on the shore, by Isis, and embalmed by Anubis. Isis revenged his death by the aid of her son Horus

At a later period under the Roman Empire the influx of foreign religions made them confound him with the Egyptian Anubis, and even represent him with a dog, or jackal's head, and depict him of a golden or black color. His worship even penetrated to Gaul


IT'S OVER FOR THE BOOK OF ABRAHAM!

STEP ASIDE, JOHN GEE. YOU LOSE!

Egyptian deity, son of Osiris and Nephthys. He was an equivalent to the Greek Hermes. Having the head of a jackal, with pointed ears and snout, which the Greeks frequently changed to those of a dog. At times represented as wearing a double crown. His duty was to accompany the souls of the deceased to Hades or Amenthes, and assist Horus in weighing their actions under the inspection of Osiris.