Is not "never admitting error" a problem with LDS defenders?. I notice they like to mock folks like Gemili who comes on sic sen. What puzzles me is how people hold beliefs that are being shown to be false. eg the Book of Abraham. Some LDS are now privately telling me that they believe the Book of Abraham was a 19th century creation not an ancient scripture by Abraham.
I often wonder if Dan thinks Mormonism has a case why he does not come here and argue it? Nelson is calling Mormons who lose their faith “lazy learners.” Is this an example of gas lighting? The angry responses on Mormon Stories indicated that their learning about the origins of the church was definitely not "lazy"

The facts are Smith restored Facsimile 2 incorrectly. Smith mutilated the head of the "slave" which was Anubis.
I get on fine with LDS who I knew in the LDS church. They bring up in the conversation "When are you coming back to church" My response "When you show me the claims about the Book of Abraham are true" One even sent me a copy of a talk by Gerald Bradford. Talk is tltled Countering Korihor's Philosophy. Concludes "You are possessed of a "lying spirit" (Alma 30:42) "The type of apostates of the Book of Mormon are similar to the type we have today"
Top


As this knowledge continues to spread it will only serve to lead many out of the church who already have issues with the Book of Abraham. It's like a last straw wherein the shelf becomes too heavy and simply breaks. Book of Abraham defenders have a real problem on their hands as they continue to ignore this issue hoping it will die down and chalk it up as inconclusive but in doing so they don't have answers that make any sense. It's an awful conundrum for defenders to deal with as the walls of their box close in on them.

It's only a matter of time before defenders finally admit that the "slave" in Facsimile No. 3, truly is Anubis having a jackal ear atop his head. Once the defenders turn this corner they will have to introduce new ways to justify Smith's mutilation or simply give up in defending those lies.

Perhaps Daniel C Peterson would like to register on this board and start a thread in the Celestial forum where we can discuss this matter in a very polite and calm manner. I'm sure that he has an opinion and would like to express it. Then again, maybe he needs to wait until he retires. If I were him, I wouldn't risk it.

Of course. They were wrong and they are wrong. I've noted my objections to linking the Midge with the kkk. Clearly you're in the right regarding Anubis and the papyrus from which the facsimiles were made.

I've been thinking about your comments and a thought about standardized testing from my childhood came to mind. I remember a teacher explaining these tests, where your competency was graded at a 10th grade level, or a 2nd grade level, you know, whatever it was. The teacher explained that it didn't mean you were as good at history or math as a 10th grader necessarily, but that if a 10th grader were to take the same test that you did, that's how good the 10th grader would do. Now, how your Book of Abraham thread pulled this memory from my mind decades later, probably never having risen to the surface since it was recorded is interesting.

I have to think it came to mind because while I wouldn't see the apologists joining the KKK, what would be interesting to learn, is how both groups respond on the same test about the book of Abraham material. So construct a test about the Book of Abraham, and get members of the KKK to take it, and then have the apologists take it, and see how close the answers are.
Top

Dr. Peterson probably wants to escape the rough treatment some posters would give him here. Can't blame him. No one likes to be attacked unless they are listed with some disorder under the cyber section of the upcoming revised DSM such as Sado-masochistic Trollism.

It might be an Unwritten Rule of Apologetics to not admit to any truths, on the chance that it would be construed as "a slam dunk for Mormonism critics". 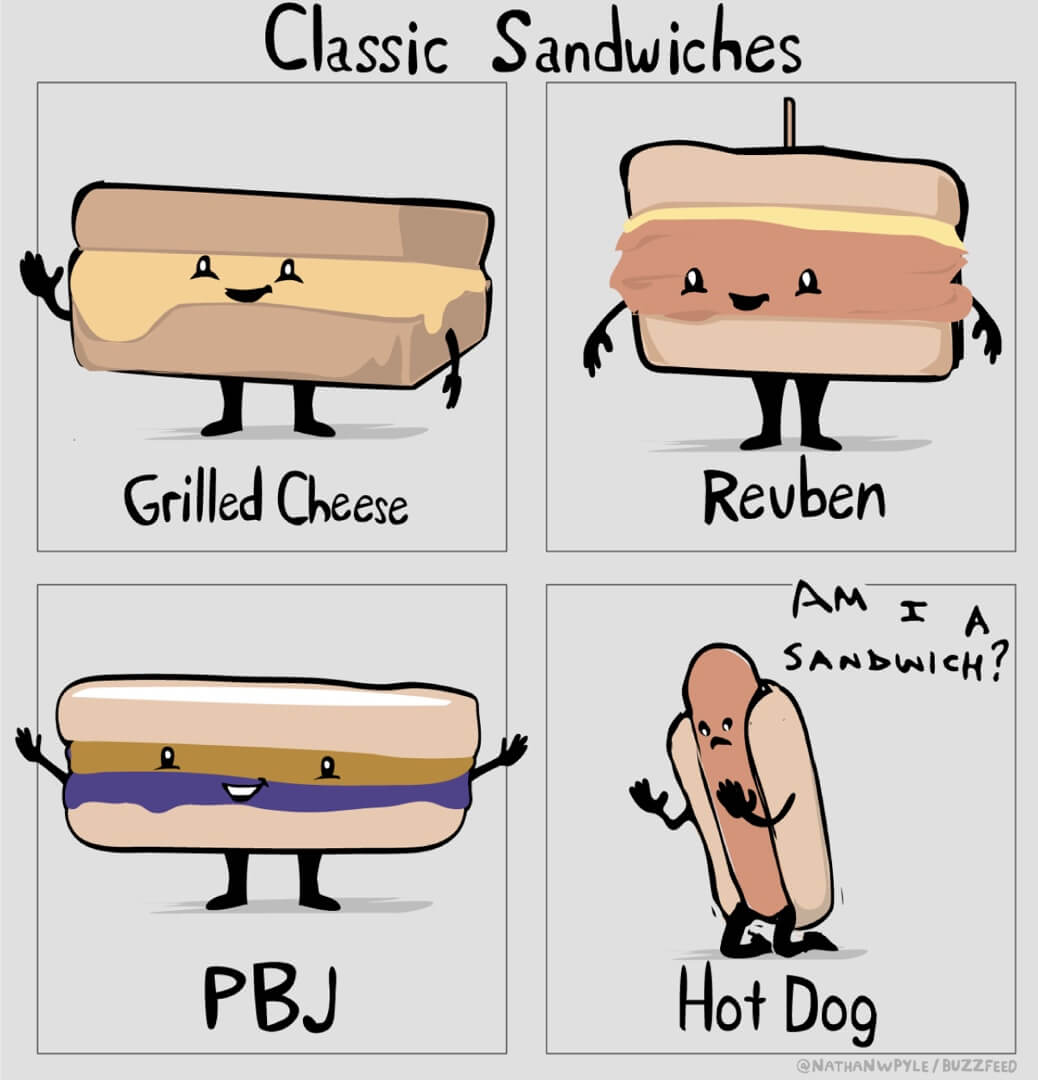 Cry Heaven and let loose the Penguins of Peace
Top

Not sure of your illustration - just a dumb aussie here
Top

Mopologists are the hot dog imagining they are the only one "true" steak....
Top

Gadianton wrote: ↑
Wed Apr 07, 2021 11:56 pm
I have to think it came to mind because while I wouldn't see the apologists joining the KKK, what would be interesting to learn, is how both groups respond on the same test about the book of Abraham material. So construct a test about the Book of Abraham, and get members of the KKK to take it, and then have the apologists take it, and see how close the answers are.


Right. I can imagine that the KKK would accept Joseph Smith's interpretation of Fig. 6 in Facsimile No. 3 as just fine. Association between a black man and slavery seems like something the Klan would promote. I'm going to go out on a limb and suggest that the KKK is the ONLY organization outside the LDS Church that agrees with Smith's interpretation -- therefore, the KKK and the Mormon Church have something in common.

(please don't read too much into that!)

At this point, I feel regret for even bringing the KKK up in this thread. It's one of the most sickening organizations to ever exist in my lifetime, right here in America. It's truly an awful hate group. I took a gander at Wikipedia Ku Klux Klan and thumbed through the main article and it sickened me. I know very little, next to nothing about this subject which starts out with: "KKK or the Klan, is an American white supremacist terrorist hate group whose primary targets are African Americans as well as Jews, immigrants, leftists, homosexuals, Catholics, Muslims, and atheists."

Simply dreadful. Like I say, I regret bringing it up. I think it is one of those things that falls into the category of Hitler and the Nazis wherein making any comparison between it and anyone else will just get you into trouble -- case in point, the pushback from Doc. So, I don't think I will ever bring up the KKK again unless there is a compelling reason and it feels like the right thing to do.

Here is an interesting historical photo of white supremacy being shamelessly flaunted by members of the KKK: 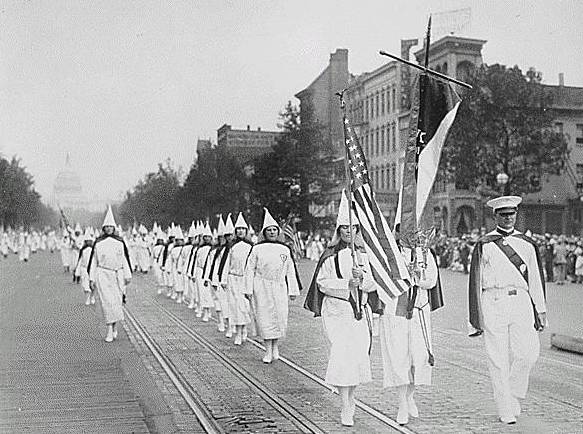 These people appear resolute and determined to represent their cause.

What about the Facsimile names?

Shulem
Gender Masculine
Usage Mormon
Pronounced SHOO-lem
Meaning & History
In a facsimile the Book of Abraham, this is the name used for one of the Pharaoh's principle waiters.


Olimlah
Gender Masculine
Usage Mormon
Meaning & History
In the third facsimile of the Book of Abraham, this is the name of a slave belonging to the king.


You'll notice that the usage is EXCLUSIVELY Mormon. These names are used solely by the Mormons who attempted to translate and interpret Egyptian papyrus through their founding prophet in 1842. But, apparently, those translations have not gone beyond Mormonism and nobody outside the Church has accepted them as bonafide translations or Egyptian names.
Here Comes The Book of Abraham Part I, II, III

I say, give Anubis his nose back, mate.

How much will it cost to get Anubis's nose back?

Candidates for Facsimile No. 3!