Are there really four seasons?

The Off-Topic forum for anything non-LDS related, such as sports or politics. Rated PG through PG-13.
Post Reply
34 posts

I just freaking love this and the memories it invokes. I still remember spinning this 45 learning to dance the cha cha in a certain living room in Jersey. "Got a porch for that swing?" Yeah, someone actually said that to me.

She's doing it again. Don't care if I posted this already. Go away.

So I got notification that the Frankie Valli concert has been rescheduled.

To a YEAR from now.

Going to try to get my freaking $ back on this deal. Color me ticked. Or ticketed.

Anyone remember this thread?

Well...I survived Covid, Valli is decidedly not dead*, and the concert (that I couldn't get a ticket refund on to save my stinking life) is happening on June 12.

Valli will be 88 years old by then.

I just found this from last month's concert. I am NOT disappointed.

*I totally refrained from making an Italian joke here. Be very proud of me and consider the fact that I'm part Italian and could've probably gotten away with it, too.

A Jersey Girl and 2 Jersey Boys walk into a theater. The one from Newark takes the stage...and sings.


It was completely and entirely awesome start to finish! Castelluccio did not disappoint! There are rumors (on youtube) that he is lip syncing these days and uses autotune. Autotune perhaps. Lip syncing? Not on your life. Myself and another sister in dancing

got in front of the stage and he came right over to us. At one point he was approx. 5 feet in front of me. The boy was full on singing. His voice is powerful even at points when speaking between songs. He speaks softly until he doesn't and then the power and projection in his voice is surprising. His jokes were fun! In one he talked about a hit they had and what year and asked the audience if they remembered Rag Doll. Shouts from the seats! Then he says, "Well, we're not going to do that one."

They did it in the encore. The band was fantastic! Anyway. Two hour show. Family friendly. Professional all the way. Totally impressed. Totally worth it! 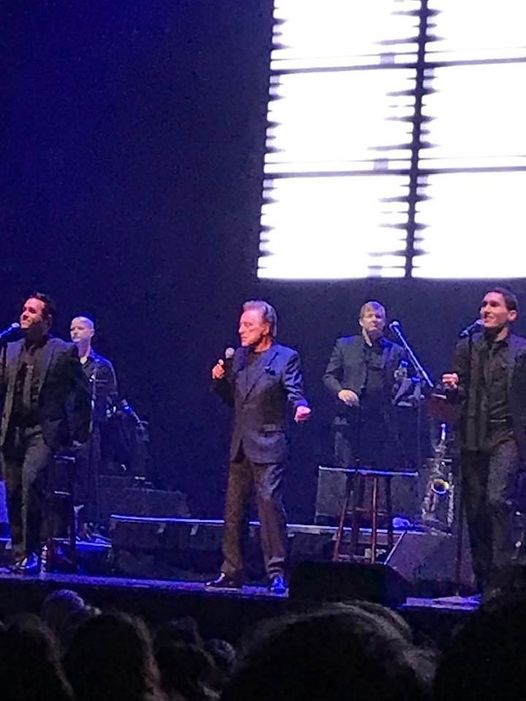 At the stage. Some Jersey Girl (no names) made her way to the front because...someone needed to do the dancing when they were singing the most famous early hits, right? If he's singing Sherry live, I'm on my feet. YOLO. This is before he came over in front of us. 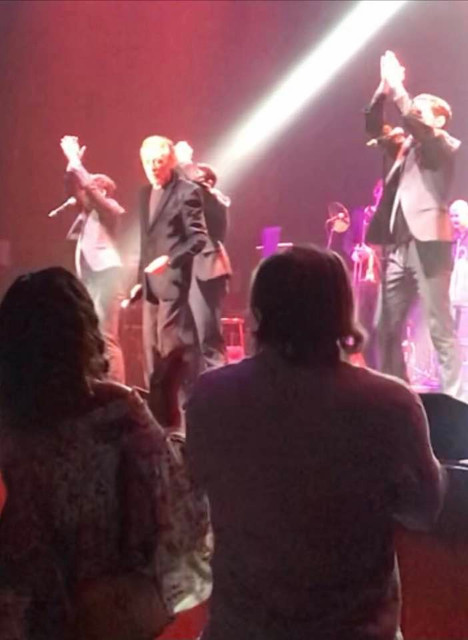