The Off-Topic forum for anything non-LDS related, such as sports or politics. Rated PG through PG-13.
Post Reply
338 posts

You were seeing Congressional hearings on the Trump-created insurrection. The current news is the DoJ and Fulton County cases against Trump, his staff, and hopefully some guilty members of Congress.

Binger, can you see that the person ultimately trying to steal the election was Trump? The grand jury will have a chance to see it and render an indictment.
Cry Heaven and let loose the Penguins of Peace
Top

Was there a kangaroo court in DC recently? What would that claim be based on?

I understand. You thought that sham show that was on TV was too legit. It's okay, panny. Did I see that the Dems want Cheney to run on their ticket in 2024? Interesting. Kangaroo courts work.

Was there a sham show on TV? A sham TV show is the definition of ‘kangaroo court’?

This may be why you don’t know what a kangaroo court is. Or an insurrection.

ETA: interesting comment about Cheney. She appears to be one of the last two or three Republicans left with balls. : )
Top

WASHINGTON (The Borowitz Report)—Predicting that “their case is about to fall apart,” Donald J. Trump claimed that the Department of Justice has “zero proof” that he ever acted as a President.

“This is the greatest witch hunt of all time,” Trump told Fox News’s Sean Hannity. “Merrick Garland and the D.O.J. will never, ever find evidence of me doing something a President would do.”

“This is like accusing Rudy Giuliani of being a lawyer,” he added.

As for the White House aides who have been called before a grand jury, Trump said, “If any of them come up with even one example of me being a President, they’re lying.”

Calling the D.O.J.’s investigation of him a “disgrace,” he warned, “If I can be accused of being a President, then anyone can. This should never be allowed to happen in our country.”

This is why FOX News is so upset with the hearings. They're categorically demolishing their favorite talking points. This idiot still expects people to believe Trump called the national guard to stop the insurrection. He also expects people to be stupid enough to believe Nancy Pelosi had the power to order them to stand down.


Update (7/27/22, 10:26 a.m.): The day after Hannity’s main lie was completely undermined by Miller’s testimony, Hannity’s coverage on both his radio and TV show failed to correct – or even mention – his monthslong error-ridden campaign to distort the former president’s reaction to the January 6 insurrection attack.

In an attempt to undermine the House January 6 select committee, Fox News launched an entire-network offensive to repeatedly — with little evidence — claim that outgoing President Donald Trump had called thousands of National Guard troops to secure the Capitol in the days prior to the insurrection.

Nobody played a bigger role in this misinformation machine than Sean Hannity, who pushed the lie hundreds of times in total, and at least on 43 episodes of his prime-time Fox show, and 48 editions of his daily radio show. (His Fox spot earns him almost 3 million viewers, and the latter garners him over 13 million.)

But like most right-wing conspiracy theories about the January 6 putsch, this tale shattered under the burden of proof, turning out to be a fabrication to portray the former president as a peacemaker, rather than an instigator of the violence.

On Tuesday, the January 6 committee released testimony from former Acting Defense Secretary Christopher Miller stating that there “was no order from the president” to call 10,000 troops to the Capitol in preparation for January 6. (Previous reporting from Vanity Fair described how Trump made an informal comment, which Miller took as a sign that Trump expected millions of supporters to attend his rally. As Pentagon spokesman John Kirby confirmed to The Washington Post, there was also “no record of such an order being given.”)

In a stunning about-face from his testimony to the committee, Miller even appeared on Hannity on June 6, with Trump loyalist and former Pentagon chief of staff Kash Patel, to claim that the former president had authorized 20,000 troops from the National Guard.

Yeah, Trump and Hannity lying about the National Guard is pathetic. Of course, Trump does hold the record of most documented lies told by any world leader in history, so there is that.

Wonder which Fox talking head has the record for most lies told?
Cry Heaven and let loose the Penguins of Peace
Top

There is something about Lawrence O'Donnell's commentary that simply takes DJT and nails him to the wall. I don't know if anyone else watches and appreciates him, but I sure do. He does NOT mince words. If I were DJT listening to the following commentary, I'd be curled up in a ball in some corner of Mar a Lago.

Lawrence: Trump Will Likely Be A Defendant For The Rest Of His Life
https://www.youtube.com/watch?v=lcnsBjLviIA

I remember buying a T-shirt that said "It's Mueller Time! - Justice Served Cold". I thought his report would sink Trump. Neither the report nor the two subsequent impeachment trials later would sink the unsinkable Donald, who now looks to run in 2024 with a significant war chest. The Mueller Report is a dim memory.

Sometimes I feel like Charlie Brown trusting Lucy to hold the football. I keep trusting the government is going to act, that Trump will be brought to task, but each time Lucy pulls the football away at the last second. 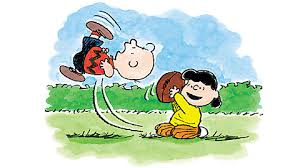 This is my way of saying I have been wrong before. Maybe it's just wishful thinking on my part, but I think I'm finally beginning to hear the wheels turning. Aside what is happening with the January 6th Committee or the Georgia Investigation, it looks like the DOJ is finally beginning to warm up.

'Warm up' is a relative term. The Department Of Justice moves like a glacier: slowly but inexorably. And if the object of the investigation is a former President, doubly so. Merrick Garland knows this probably the most important case in the history of the Justice Department. But it feels like it is finally going to happen. The dam of Executive Privilege seems to be cracking, and there almost appears to be a rush of witnesses, lest their story be the last to influence the narrative. And the narrative forming seems to create a picture of a President who is criminally culpable.

I feel a glimmer of hope.
The great problem of any civilization is how to rejuvenate itself without rebarbarization.
- Will Durant
"Of what meaning is the world without mind? The question cannot exist."
- Edwin Land
Top

The source of all disappointment is unmet expectations.

I will not expect anything to come of this until it does. My regard for this country's sense of justice is at an all-time low.
Religion is for people whose existential fear is greater than their common sense.
Top

I’ve been very surprised how fast my [faithful Mormon] dad turned on Mitt Romney in favor of Trump. Just a few years ago, my dad thought Mitt Romney was the greatest politician in history and there to fill the white horse prophesy. But now he bashes Romney for turning on Trump.

If my dad had to choose between the prophet and Trump, I think he’d struggle with the decision, but ultimately choose Trump. It’s wild.

You should require your Dad to review the Jan 6 committee findings. It's damn embarrassing to be a Trump supporter right now. Most of the Trump flags have come down in my Utah County Town.

He’ll say something along the lines of it being a witch hunt/kangaroo court led by the corrupt left. It’s like putting the CES Letter in front of the most delusional TBM.

Huh. That’s weird. That’s weird how that guy and the cultist posting here would say the same thing. So strange.

I wonder if Trump now wishes he had chosen the military coup option rather than the voter fraud scheme?