So is Putin going to nuke us all or what?

The Off-Topic forum for anything non-LDS related, such as sports or politics. Rated PG through PG-13.
Post Reply
52 posts

So is Putin going to nuke us all or what?

Putin in his infinite wisdom had decided to enforce a partial mobilization and apparently threaten to use nuclear weapons and claims that it's not a bluff. He's already pissed off his own citizenry who are now protesting in the streets (again) according to reports.

Obviously he's replenishing his troops because he's done let them a) get blown away or b) because they ran for their lives and he (and his fragile ego) is desperate to secure his so-called legacy by following through on his land grab in Ukraine because, I dunno, Russia is the rightful owner of Ukraine which is a sovereign nation. Ass.

So is this what we call a hail Mary pass or what? What are your predictions?

Here is the only prediction I have at the moment, human nature being what it is. He's NEVER going to get the 300K he wants and even if he does, they'll be incompetent enough to screw up and get themselves killed or run off the battle field, I mean, the land of decimation and mass graves that is Ukraine. They'll leave even more military assets behind for Ukraine to beat the stuffing out of them with. They wanted jets. They got jets, right? Russia itself dished up over 300 jets (hopefully intact) on a silver platter.

Why is he so hell bent on proving that the only thing he's actually capable of is making junk piles out of both Russia and Ukraine? Will his gov't folks yank him out of there? What about those 18 Marshals who were demanding his resignation? Will there be a coup? I mean everybody and their literal bloody dog thinks the guy is off his rocker and wants him out of there. He's basically saying he's desperate and losing, isn't he?

So where do you folks think this is going to land? Do we have any diplomatic recourse with Russia at all? Can we go threaten the crap out of him? Should we wait and see?
Slava Ukraini!
Top

I think we must consider not only the battlefield situation, but the political situation. The average Russian is now being asked to bear the burden of Putin's massive miscalculation. Putin is invincible, until he isn't.


Within hours of President Vladimir Putin’s speech declaring a partial military mobilization on Wednesday, men all over Russia — including some who had tried for months to ignore the messy war in Ukraine — suddenly found their lives thrown into chaos as they were summoned to duty.

The men, mostly reservists under 35 who served in the army and have junior military ranks, were handed written notices in their offices or at their homes. In some cases, they had their identity documents checked on the street and were told to appear for a health check. Others got orders by telephone.

Anxious relatives, meanwhile, began searching for ways to flee the country or otherwise avoid their loved ones being called for service. Flights to the few cities abroad still offering direct service to Russia — most destinations have been cut off by sanctions — were suddenly sold out.

Google search trends showed a spike in queries like “how to leave Russia” and even “how to break an arm at home,” raising speculation some Russians were thinking of resorting to self-harm to avoid the war.

“They’ve been chasing me since February, trying to offer me a contract,” one Moscow resident, who served in the army and has prior combat experience, said in an interview.

The man, who spoke on the condition of anonymity to speak freely, said that unlike others who had received written summonses, he had received a personal call from the military enlistment office, which has had his number on hand for months. “I was ordered to undergo a [health] commission tomorrow morning,” he told The Washington Post. “So, I doubt I will be spared now.”

Military analysts said it was far from certain that the partial mobilization would be able to turn the flagging military campaign to Russia’s advantage quickly, if at all. But by Wednesday night, it was clear that the political backlash Putin feared — and that led him to resist a mobilization for months despite repeated battlefield setbacks — had begun.

In response to Putin’s decree, criticism of the war, which had been rising internationally and at home despite a severe Kremlin crackdown on dissent, suddenly burst into the open.

Relatively contained but significant protests erupted not only in the big cities of Moscow and St. Petersburg, but also in Novosibirsk in remote Siberia. By Wednesday evening, more than 1,000 people had been arrested across the country, according to OVD-Info, an independent group monitoring protest activity in Russia — a remarkable number given that criticism of the war is potentially punishable by long prison sentences.

I don't know enough about tactical nuclear weapons to say how they will effect the battlefield. The existential threat is not to Russia itself, but to Putin's vision of Russia's place in the world. He has to understand that using even a tactical Nuke will make Russia a pariah state, even to China. If Russia has problems selling gas NOW, imagine after using a battlefield nuke.

I don't know enough about Russian Command and Control, but if the battlefield situation is lost and Putin orders a nuclear strike out of desperation, it's possible that order may not be carried out. But that's a huge human variable, and one we cannot count on.

I imagine the Departments of State and Defense have been war-gaming this scenario since the buildup to the war began.

Putin says he's not bluffing, and I can't read his poker face. But can't imagine a scenario where Putin's hold on Russia is increased by the use of a nuclear weapon. He knows the United States, Britain and France posses nukes. If he uses a tactical nuke, does he accept the possibility of a possible tactical nuclear decapitation strike in return? To return to the poker analogy, if he plays the nuclear card, what's his strategy if the West calls or raises?
The great problem of any civilization is how to rejuvenate itself without rebarbarization.
- Will Durant
"Of what meaning is the world without mind? The question cannot exist."
- Edwin Land
Top 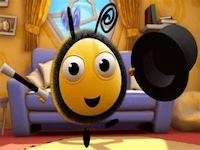 I don't know what your post means.
Slava Ukraini!
Top

I think it means that one can think that Putin is a real POS and also think that the key USA players and NATO knew exactly what they were doing to instigate this war and Putin's reaction.
DiscussMormonism.com
Liberals who don't mind homosexual epithets are welcome!

If someone says "I am not bluffing", he may be bluffing about that ...
Maksutov:
That's the problem with this supernatural stuff, it doesn't really solve anything. It's a placeholder for ignorance.
Mayan Elephant:
Not only have I denounced the Big Lie, I have denounced the Big lie big lie.
Top

Two days prior to the invasion Russia recognized the Donetsk People's Republic and the Luhansk People's Republic as sovereign states after having recognized their 2014 separation referenda. The expectation is they will hold hasty votes to become part of Russia which Putin will recognize and declare them Russia. After which any military action within those boundaries will be declared an attack on Russia. Ukraine and the US have already stated we won't recognize the votes so we are very likely heading towards that escalation in the conflict.

Russian nuclear doctrine is they will use nuclear weapons in a conventional war where there is a threat to the existence of Russia. It's a short line that can be drawn between what Putin has said in the past and the claim nuclear weapons use will be justified by attacks intent on dissolving what they will likely declare to be reunified Russia. In the likely event hostilities continue in the DPR and LPR after this is said, it's quite possible, maybe probable, Putin with use tactical nukes outside those regions but well away from Poland and then demand talks. It's possible that they will seek to end the war with Ukraine suffering the third use of nuclear weapons in world history and Russia absorbing the DPR, LPR, and Crimea, with the threat of an expanded nuclear conflict as leverage.
Top

honorentheos wrote: ↑
Thu Sep 22, 2022 4:41 pm
Ukraine and the US have already stated we won't recognize the votes so we are very likely heading towards that escalation in the conflict.


And what about the Azov? You know, the dudes you like. What about them?
DiscussMormonism.com
Liberals who don't mind homosexual epithets are welcome! 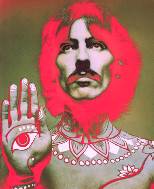 I wrap myself in a (naïve?) blanket of "There's always a Vasily Arkhipov."
Top

honorentheos wrote: ↑
Thu Sep 22, 2022 4:41 pm
Ukraine and the US have already stated we won't recognize the votes so we are very likely heading towards that escalation in the conflict.

Feel free to provide a link supporting anything you just claimed as being accurate or relevant. Otherwise it's fully dismissed as off-topic.
Top
Post Reply
52 posts