The Off-Topic forum for anything non-LDS related, such as sports or politics. Rated PG through PG-13.
Post Reply
48 posts

I've never been a member of an online forum that had an official band before. So, when Dr. Shades announced that the latest Perfume Tour would include the U.S., I looked for a nearby stop. And, as luck would have it, it was right in Seattle.

As the theme was the future, I decided to drive to Husky Stadium and ride the light rail downtown. The light rail will extend to my neighborhood in about four years, and I can't wait. No more circling the block downtown looking for a $20 parking spot. I arrived at the venerable Paramount Theater in an exceptional mood. 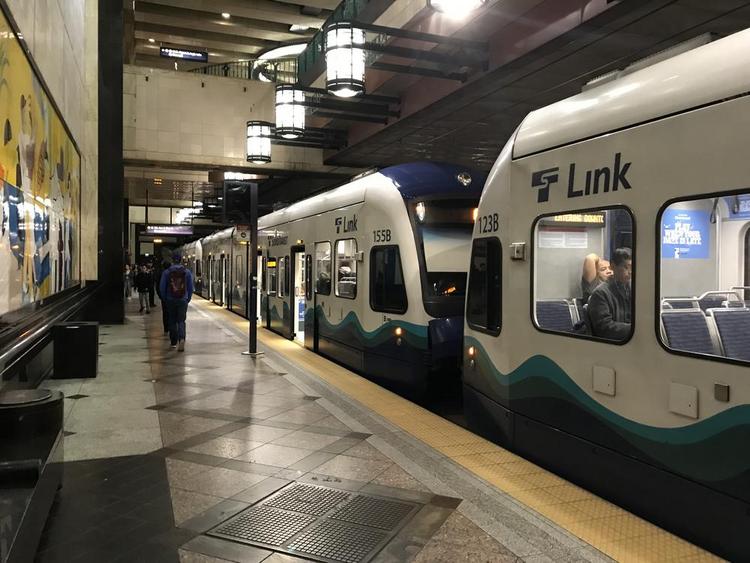 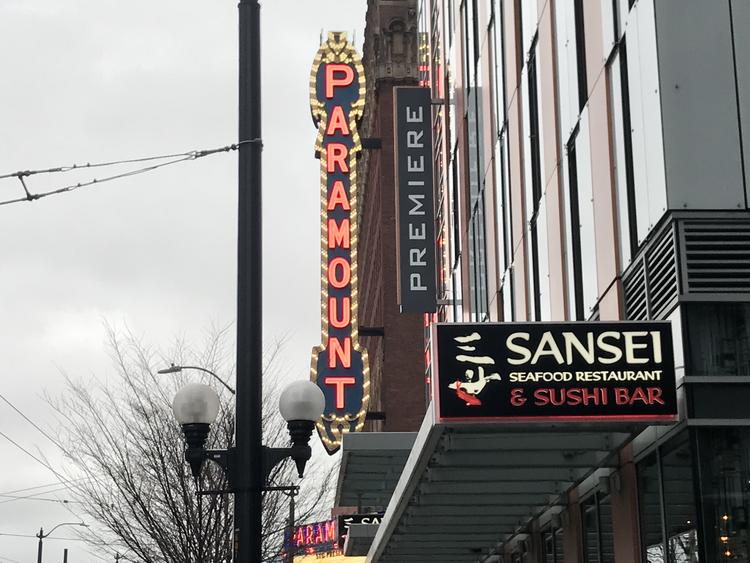 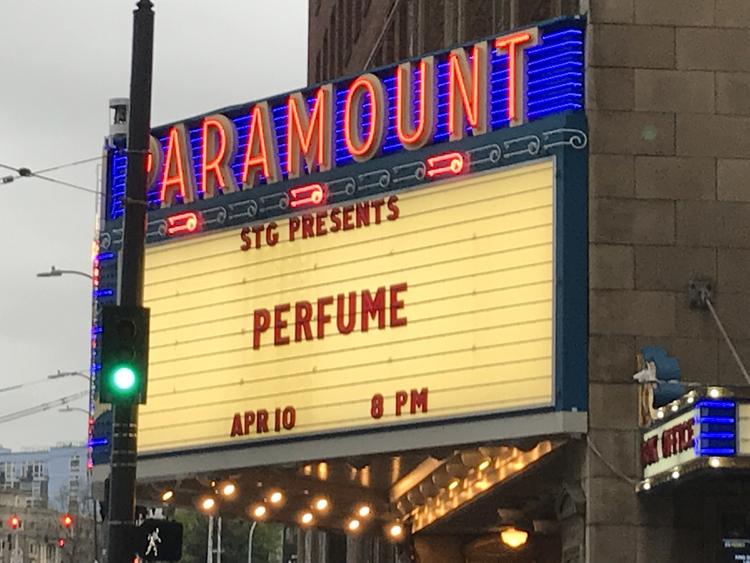 Doors opened at 7:00, and I arrived a couple minutes before that. I was very surprised to see a line that stretched for several blocks. Perfume had a pretty impressive fan base. 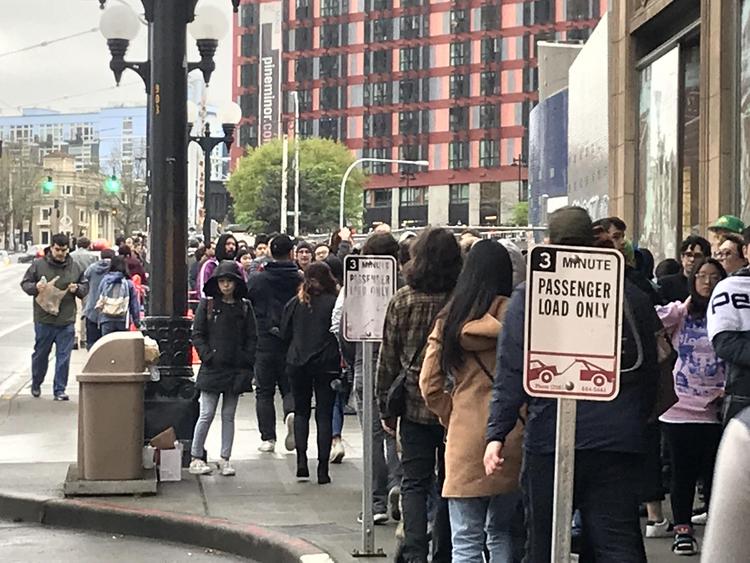 I'd opted for floor tickets rather than balcony because I wanted to be closer to the show. After prepping my back for a long stint of standing with a medicinal beer, I wandered in to the theater and staked out a piece of floor. Warning, Shades. From here on there be spoilers. 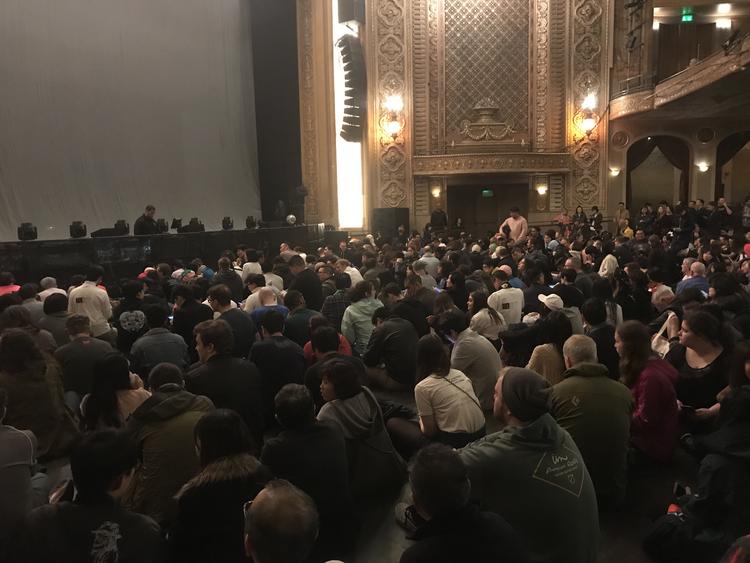 The crowd was enthusiastic as the show began. I was about 20 feet back from the stage. The first portion of the show was songs from their latest album, Future Pop. I'm not a J-Pop expert, but it seemed to me this set differed in the use of huge drops and very heavy, throbbing bass -- the kind that reverbs in your chest. My only complaint about the whole performance was that the bass in the first set often overpowered the singers. The singers were also stony faced during this part of the program. In fact, at one point, it struck me that the singers weren't enjoying themselves at all. 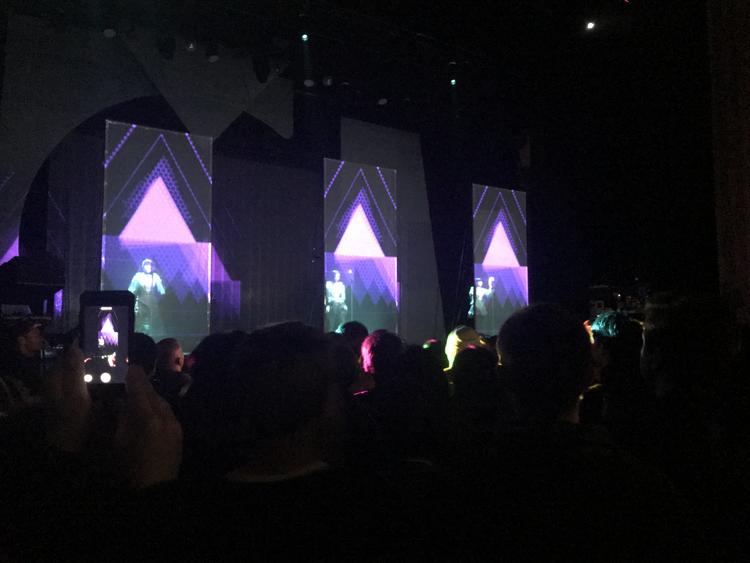 But the unchanging expressions were, I think, simply a part of the future. (The future is, I guess, serious business). And they worked well with the stage setting, visuals, and dancing. The sets were quite simple -- several vertical panels of cheesecloth or similar material. And the lighting and visual techs made good use of them. The visual effects were cleverly mapped onto these panels and on to the singer's costumes to create a futuristic images that worked very well. The dance moves were often robotized, letting us know that robots are the future, too. 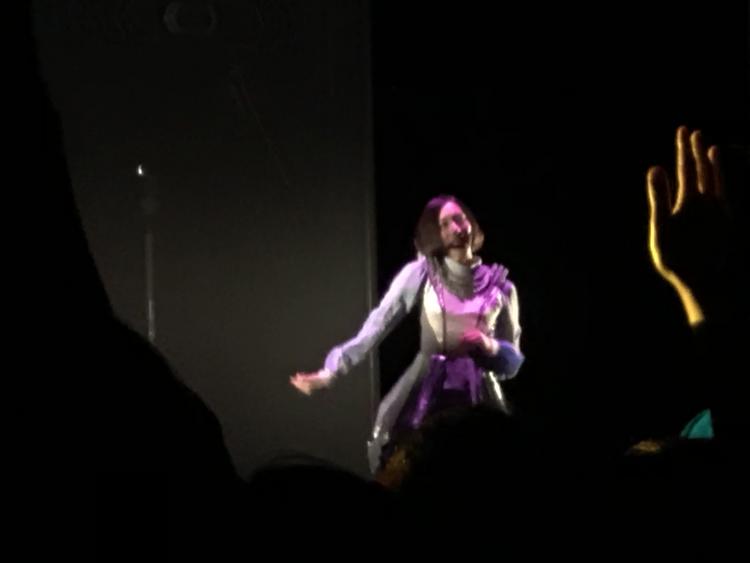 The intermission was unique. The singers came out and talked to us through the entire intermission. They each talked a little in English. Then A-Chan said something in Japanese. Several hands went up. She had asked for people who could translate for her. She handed a mic to guy in the first row, and he proceeded to translate. She talked what they had done in Seattle the last two days, including a story about finding sculptures they liked that turned out to have been done by a Japanese artist. It came across to me as the singers caring about their audience in a way I'd never seen at a concert before. And, after the first set, it showed each of them as more of an individual person. 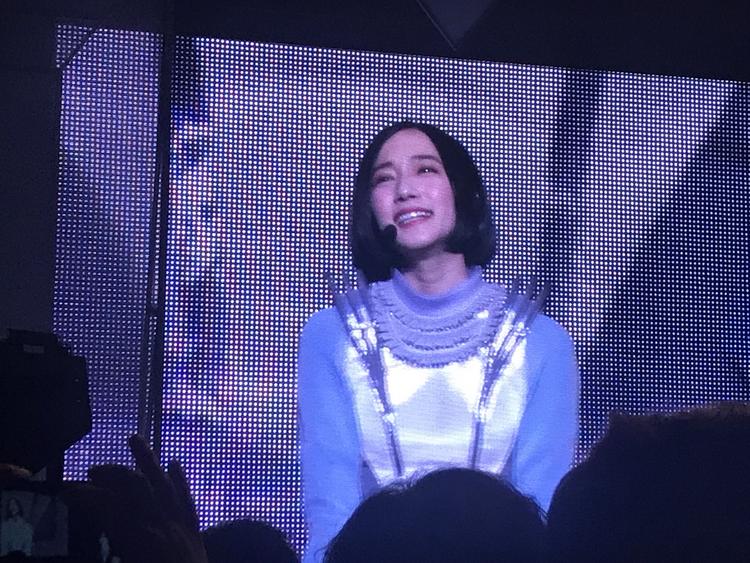 The second half was older music that consisted of crowd favorites. (At least judging by the crowd reaction.) And I enjoyed it much more than I had the first set. The singers got to be much more of themselves: the excited exuberance of A-Chan, the wry smile of Kashiyuka, and the studied elegance of Nocchi. They were having a blast, and their mood was infectious. The music was fun. The effects were spectacular. And the dancing was well done.

On the dancing, I was impressed by how the singers were always in motion. There was no standing in place and singing. They were always moving and the movements were very precise. They must practice the choreography as much as they practice the singing.

TL/DR I really enjoyed it. Thanks, Shades, for the opportunity to get out of my normal music zone and enjoy something that I never would have thought to try.
?“The ideal subject of totalitarian rule is not the convinced Nazi or the dedicated communist, but people for whom the distinction between fact and fiction, true and false, no longer exists.”

THANK YOU SO MUCH for this, Res Ipsa!

(My extended reply is coming later.)
"Finally, for your rather strange idea that miracles are somehow linked to the amount of gay sexual gratification that is taking place would require that primitive Christianity was launched by gay sex, would it not?"

RI thanks so much! I loved reading about your Perfume experience! I SO miss Seattle!

I completely **LOVE** this photo!!

Heh, I'm WAAAAY ahead of you. . .
"Finally, for your rather strange idea that miracles are somehow linked to the amount of gay sexual gratification that is taking place would require that primitive Christianity was launched by gay sex, would it not?"

Do it for the team!!
Failure is not falling down but refusing to get up.
Chinese Proverb
Top

Thanks for the description and the photographs. Your mention of the U of W, Husky Stadium and images of the Seattle Paramount theater brought back great memories.

Perfume has grown on me a bit since first being introduced to the group by the good Dr. Shades. Like you, I enjoy their kinetics and watch their videos now and then, as much for the visuals as for the audio.
David Hume: "---Mistakes in philosophy are merely ridiculous, those in religion are dangerous."

DrW: "Mistakes in science are learning opportunities and are eventually corrected."

Because I respect Res Ipsa, I will regard the opening post as a report on a kind of experiment, and not hold this against him, even though it's in my nature to do so.

It's either that or just chalking it up to extreme boredom one day, coupled with a familial regard for Shades.
God belief is for people who don't want to live life on the universe's terms.
Top

Perfume on my Mind wrote:Because I respect Res Ipsa, I will regard the opening post as a report on a kind of experiment, and not hold this against him, even though it's in my nature to do so.

It's either that or just chalking it up to extreme boredom one day, coupled with a familial regard for Shades.

You are too kind, POMM. I do hold a high regard for Shades. But, even more than, taking opportunities to do things out of my comfort zone has resulted in some of the most amazing experiences I’ve had. How many bulletin boards that I’ve posted on have an official band? One! How many chances will I have to attend that band’s concert? One, that I know of. And how many chances to share an experience with a guy for whom I have a ton of respect (and who is a helluva nice guy)? Maybe one. So why not go for it, leave my comfort zone, and go see the board’s official band?

I had a good time and now have a shared experience with someone I like and respect. What’s not to like?
?“The ideal subject of totalitarian rule is not the convinced Nazi or the dedicated communist, but people for whom the distinction between fact and fiction, true and false, no longer exists.”

The world is always full of the sound of waves..but who knows the heart of the sea, a hundred feet down? Who knows it's depth?
~ Eiji Yoshikawa
Top
Post Reply
48 posts