Since the Lord has not revealed the location of where the Book of Mormon narrative took place, we can look at parallels with other cultures to deduce what real-world place is a likely place for the civilizations described in the scripture to determine where it most likely took place.

According to the Joseph Smith History canonized in The Pearl of Great Price, the angel Moroni told him that the golden plates were "an account of the former inhabitants of this continent." Many readers assume that "this continent" means North America. However, a careful reading of D&C 133 indicates that all the land mass in the world is really one continent from the Lord's point of view:

23 He shall command the great deep, and it shall be driven back into the north countries, and the islands shall become one land;
24 And the land of Jerusalem and the land of Zion shall be turned back into their own place, and the earth shall be like as it was in the days before it was divided.

Key features of Book of Mormon geography are that there is a western sea and an eastern sea and the land is longer from north to south than from east to west.

Volcanic activity also appears to play a role in Book of Mormon geography (3 Nephi 8:5-18). Vesuvius and Mount Etna, anyone?

What about some of the features of the civilizations themselves? I don't have time right now to explain how the Jaredites were the Etruscans, so let's just look at some highlights of Jaredite and Nephite civilization and their parallels in ancient Italy.

Buildings and structures made of cement? Check. (Note that concrete is cement with additional ingredients.)

Barley and other grains? Check.

Metal swords? You better believe it.

Breastplates, helmets, and other armor for soldiers? You tell me: 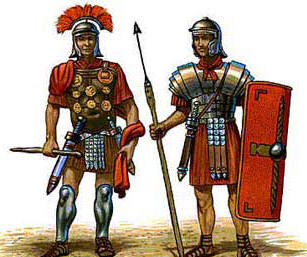 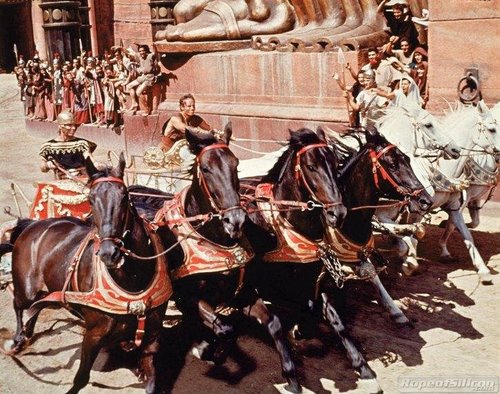 An urbanized, agrarian society? That's exactly what the ancient Romans were.

Writing? Check it out: 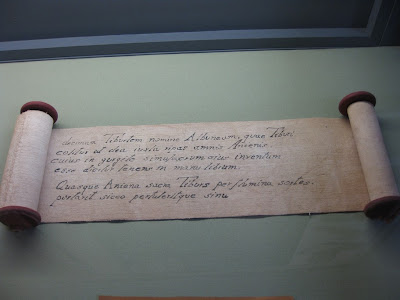 A lunar and solar calendar? Another bull's eye!

Fortifications in times of war? They had that, too: One puzzler, at first glance, might be: how did the golden plates end up buried in upstate New York when the Book of Mormon happened in Italy? The Book of Mormon describes three times when the Lord inspired people to make a journey by sea: the Jaredites, the Lehite party, and the Mulekites. There is no reason not to suppose that the Lord could not have also inspired Moroni to journey across the sea (and probably instruct him how to build a vessel, as with Nephi and the brother of Jared).

Incidentally, placing the Book of Mormon in ancient Italy also resolves that old chestnut critics like to point out that there are Greek names in the Book of Mormon, like Lachoneus, Timothy, and Alpha and Omega. It is well known that the Romans were heavily influenced by Greece, and that Greek was widely spoken in the Roman Empire. Thus, this so-called mistake of Greek names is dead and buried. There are also many aspects of Rome's interaction with Egypt, which interestingly parallels the Egyptian fetish we seem to find repeatedly in the Book of Mormon.

The above is just a brief introduction, but it should at least give the critics pause that maybe their issue with the Book of Mormon is that they're looking in the wrong place.
Top

I would say that your location for the Book of Mormon has too many bulls-eyes to be ignored. LOL
Huckelberry said:
I see the order and harmony to be the very image of God which smiles upon us each morning as we awake.

We know Italy is a land of tough folk. The Man with No Name (Clint Eastwood played him in The Good, The Bad and The Ugly - - - the three Nephites maybe?) was filmed there. Tough land for Tough Guys like Nephi.
"This is how INGORNAT these fools are!" - darricktevenson

Bow your head and mutter, what in hell am I doing here?

Yep, that the ticket, get rid of all those expensive stand alone Mormon Chapels and replace them with income generating Olive Garden Restaurants.
Top

Another compelling parallel is the parable of the olive tree found in chapter 5 of the book of Jacob.

This parable assumes that the hearer is familiar with vineyards and olive culture. And that is exactly what we find in ancient Italy. Vineyards were prolific in ancient Italy. Olives were also a staple of the ancient Italian diet. Living in the Italian penninsula, the Nephites to whom Jacob was preaching would understand this imagery very well.

It is intriguing that the ancient Italians saw the olive as symbolic of peace and prosperity, as this tradition fits very well with Jacob quoting the prophet Zenos' allegory of olive culture as evocative of the gospel of Jesus Christ.
Top

The following is from a June 2010 article on Nature News:

But analysis also reveals close links to Palestinians and Italians.

Different communities of Jews around the world share more than just religious or cultural practices — they also have strong genetic commonalities, according to the largest genetic analysis of Jewish people to date.

But the study also found strong genetic ties to non-Jewish groups, with the closest genetic neighbours on the European side being Italians, and on the Middle Eastern side the Druze, Bedouin and Palestinians.

Researchers in New York and Tel Aviv conducted a genome-wide analysis on 237 individuals from seven well-established Jewish communities around the world, hailing from Iran, Iraq, Italy, Greece, Turkey, Syria and eastern Europe. The team then compared these genetic profiles to those of non-Jews in the same geographic regions based on data from the Human Genome Diversity Project, a database of genomic information for individuals from populations worldwide. Each group of Jews is genetically distinct, but similarities between the groups weave them together with what the researchers describe as "genetic thread".

"There has been this back and forth discussion over the course of a century or more — are these a people? Is this in the genome?" says Harry Ostrer, a geneticist at New York University, the study's lead author. The new findings, he says, show that there "does seem to be a genetic basis to Jewishness".

Several studies in the past decade have looked at the genetics of Jewish populations, using smaller numbers of individuals, or focusing on markers in mitochondrial DNA — which is passed down maternally — or on the Y chromosome, inherited paternally. The genetic ties identified in the present study, published in the June issue of the American Journal of Human Genetics 1, are consistent with the results of previous work, says Sarah Tishkoff, a human geneticist at the University of Pennsylvania in Philadelphia, "but this is, I would say, the first study to put everything together into a big picture by looking at a large number of sites in the nuclear genome".

The researchers analysed single-letter differences in the genome called single nucleotide polymorphisms, longer segments of DNA shared between different Jewish groups, as well as deleted or duplicated stretches of DNA called copy-number variants. Although the groups had strong genetic commonalities, the results also showed a varying degree of genetic mixing with nearby non-Jewish populations. The most genetically distinct Jewish communities, compared both to other Jewish groups and to nearby non-Jews, were those from Iran and Iraq.

The study provides a genetic basis for confirming or debunking theories of Jewish origin and history, says Ostrer. For example, one theory proposes that Ashkenazi Jews (of eastern European origin) are largely descended from Khazars in eastern Europe who converted to Judaism, but the genetic closeness between Ashkenazi Jews and other non-European Jews does not support this idea.

The study also highlights how genetics can reflect history, Ostrer says, including evidence of the dispersal of Jewish populations throughout the Middle East and Europe. "We really see the events of the Jewish diaspora in the genomes of Jewish people."

Using a computer simulation, the researchers estimate that the genetic split between Middle Eastern and European Jews occurred about 100–150 generations ago, or 2,500 years ago — when Jewish communities are thought to have become established in Persia and Babylon. They also trace a high level of genetic mixing between Ashkenazi Jews and nearby non-Jews to more recent times, corresponding to a period between the beginning of the fifteen century and the start of the nineteenth century when the Jewish population in Europe swelled from about 50,000 to 5 million.

But constructing a timeline on the basis of genetic analysis is tricky, say others. "There are too many assumptions you have to make," says David Goldstein, a geneticist at Duke University in Durham, North Carolina. "I don't think we have the resolution right now in the genetics to time the events."

Another tantalizing question that the study doesn't address, he says, is the historical explanation for the shared genetics between the Jewish groups. Although the data point to a common ancestral origin in the Middle East, further details — such as when and how much different populations intermixed — are impossible to glean. "That level of resolution is just not there," he says.

Ostrer says that the researchers are extending their analysis to more Jewish populations. They also hope to apply the findings to medical research by focusing on some of the longer shared genetic markers that have been identified. The group is now studying the genetic susceptibility to breast and prostate cancers among Ashkenazi Jews, he says, and other groups are using genetic mapping techniques to study conditions such as Crohn's disease and Parkinson's disease.
Top 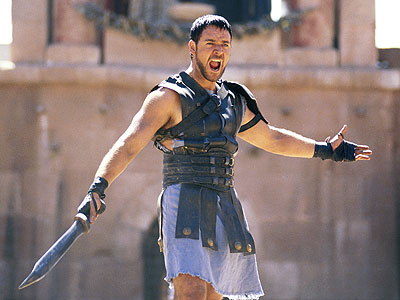 Note how Mormon and Moroni are shown with red cloaks, which were an important part of a Roman soldier's equipment:

This item of clothing kept the legionary warm in colder climates and helped keep the rain off during inclement weather. Its red color was also probably intended to identify him as a Roman in the dust and confusion of battle and inspire fear into the hearts of his enemies. The sight of a massive red juggurnaut headed relentlessly in their direction must have clamped a cold claw of fear around the heart of many defenders of rebellious cities and sapped their will to fight. 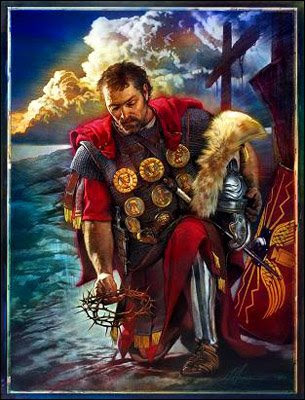 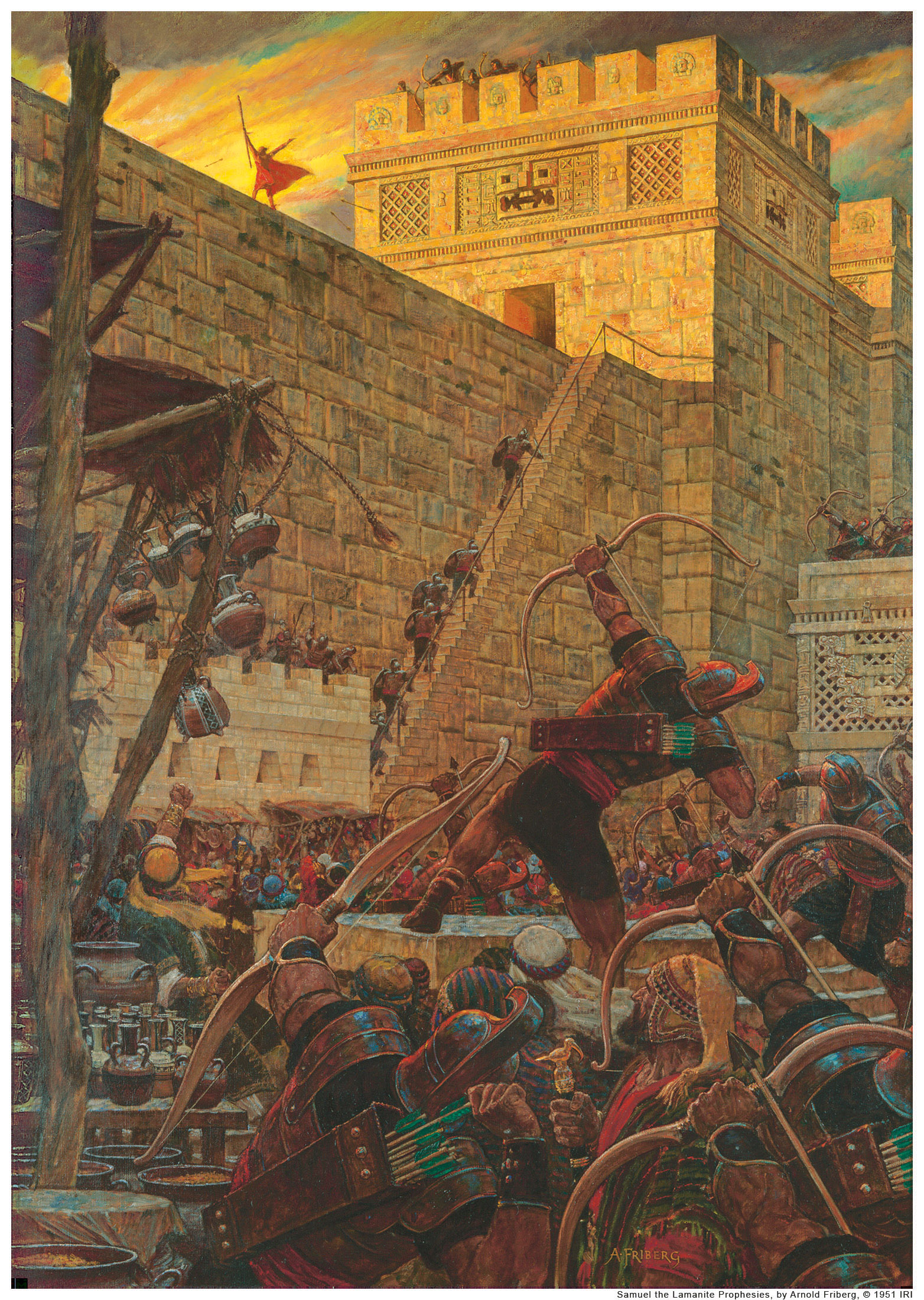 And pay careful attention to the architecture of the building on which Christ is descending in this scene from 3 Nephi:

Some of you may have heard of one Daniel C. Peterson, who works at the Maxwell Institute. He wrote a fascinating article about how Nephi's discussion of the tree of life finds a parallel with the ancient Hebrew goddess Asherah, which is very similar to the LDS concept of Heavenly Mother. Dr. Peterson's fascinating article can be found here:

Nephi and His Asherah

What is even more interesting is the parallel we find between Asherah in the Book of Mormon and the ancient Roman worship of the goddess Diana, who was often called the Queen of Heaven.

Could Joseph Smith have guessed this? It is doubtful. In this parallel between the Book of Mormon and the goddess Diana, we set yet again another bull's eye of an ancient Italian setting for the Nephites.
Top

All this, plus the fact that, despite decades of searching, so-called 'scientists' have absolutely no proof the Book of Mormon WASN'T set in Italy.

"I'll let you believers in on a little secret: not only is the LDS church not really true, it's obviously not true." -Sethbag
Top
Post Reply
96 posts