Have you seen this LDS defence of Facsimile 2
https://www.fairlatterdaysaints.org/ans ... present.3F
Top


I'm somewhat familiar with Mormon defenders coming up with all kinds of ways to make the Explanations of Facsimile No. 2, seem Egyptological from a certain point of view, but bear in mind, this point of view is ONLY from the Mormon point of view. The world body of Egyptology doesn't embrace the rogue ideas sponsored by Mormon defenders who twist and turn any interpretation to mean whatever they want it to mean. Mormon defenders do not have a KEY given them from Smith to understand Egyptology on a conventional level which is exactly what Smith claimed he had. Smith claimed to be revealing the language that was spoken and written according to the ancients and how it should be understood and realized in our day through his restoration. Smith presented his interpretations to the world as if they were derived from a Rosetta Stone which he developed into his own Grammar & Alphabet of the Egyptian Language by using some papyri he acquired. But Smith's papyrus was no Rosetta Stone and neither was he a genuine translator. The world body of Egyptologists view Smith's ideas as nonsense. Mormon Egyptologists pervert their craft and shame themselves before their informed colleagues who will not endorse or accept their apologetic arguments. Smith was wrong and the world knows it.

There isn't a single nonMormon Egyptologist who will credit or affirm Facsimile No. 2, Fig. 1. as "Kolob" and no Egyptologist supports the idea that an astronomical term of time measurement was called by the Egyptians, "Jah-oh-eh". That's absolute nonsense made up by Joseph Smith who invented words and pretended to apply them to the ancients. But it's wrong.

Smith's idea that Fig. 5. Is called in Egyptian Enish-go-on-dosh is total BS. You won't find that in any scholarly academic book or journal. It's not Egyptian. It's Smithgyptian! The terminology of Enish-go-on-dosh are just words and gibberish made up by Smith, but the Mormons will try and find a connection with any language and try and tie it back to Egyptian as if by magic. This is all part of the lie.

Fig. 8. Contains writings that cannot be revealed unto the world; but is to be had in the Holy Temple of God. And just what are those things that are written therein that are had in the temple? I've spent an entire thread talking about how this explanation is more Mormon garbage and Mormon defenders refuse to talk about it because they know it's garbage.

The Explanations of Facsimile No. 2, are crap. Only the Mormons embrace that kind of nonsense. You will not find Smith's nonsense published in credible professional books or journals!
Here Comes The Book of Abraham Part I, II, III

This thread has repeatedly pointed out that the body of the so-called priest of Facsimile No. 1, is BLACK and the head created by Smith's restoration is white, that of a Caucasian man. Apparently, Smith wasn't open to the idea that the head and face should be BLACK like the body. Smith chose to recreate a head that he wanted his followers to accept as his inspired restoration of the person's head within the damaged papyrus.

It stands to reason that Smith had no intention to permit a BLACK man's head to represent priesthood authority or possess power of state directly under the king. As far as Smith was concerned, Africans were less than whites and they were perceived as slaves (Facsimile No. 3, Fig. 6).

Today, The Church of Jesus Christ of Latter-day Saints continues to print Facsimile No. 1, wherein, the head of the man is Caucasian but the body is dark African. This of course, is IMPOSSIBLE, yet the Mormons still publish it as if it's a reality. It's a gross misrepresentation of racism and seems to suggest that the white man truly is the overlord of the African race. So long as that head is atop the body of a black man then the Mormons are showing their true colors insomuch as they believe whites should rule over blacks.

Just look at the leadership of the Church! How many black apostles are there? The answer is: None.

So, I have an important question I would like to ask the Mormon church and expect an honest reply on their part:

HOW WOULD THE 15 APOSTLES FEEL ABOUT PUTTING A BLACK MAN'S HEAD ATOP THE PERSON OF FACSIMILE NO. 1, AND INSTEAD OF A BLACK BODY, CHANGE IT TO A WHITE BODY?

Hence, how about a black man's head on top of a white man's body? How does the Church feel about that? would that be appropriate? Would it be correct?
Here Comes The Book of Abraham Part I, II, III

The first African-American as a General Authority Seventy in church history is Elder Peter M. Johnson.

We see a black head atop a body of a black man -- just as it should be.

The head of Anubis in Facsimile No. 1, should also be BLACK. 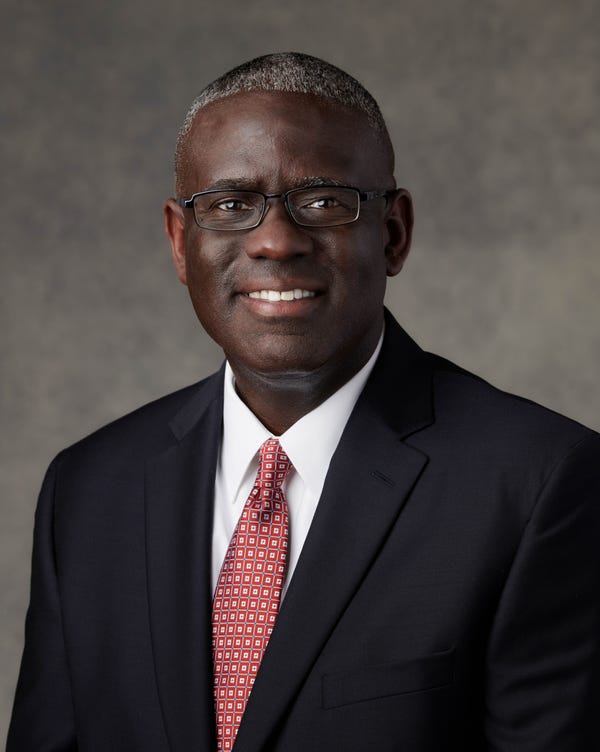 Over on DanP blog

Have you read this book and if so any dealing with the interpretations of the Facsimiles?

Fig 3 is not what is supposed to be there. Have you seen any hypocephalus where this boat appears or is it always the boat with the scarab?

Fig 22 & 23 seem to always have multiple heads. In the sketch this figure is missing and it seems he simply copied the figure above.
I asked Rhodes in his page about some of these problems and look forward to his response.
Top

How would Anubis respond to this knowledge (which apparently entered the world sometime in the last century and perhaps is still floating around Sic et Non in some form): The measurement according to celestial time, which celestial time signifies one day to a cubit (18 inches). Could Anubis verify this, or at least make sense of it?
Cry Heaven and let loose the Penguins of Peace
Top


Louis Midgley is a white supremacist who as far as I can tell continues to support the notion that the black man in Facsimile No. 1, should have a Caucasian head. I take it he also takes joy in belittling black Anubis in Facsimile No. 3, because he supports Joseph Smith's racism and his false statements.

When I see the name, MIDGLEY, I think of KKK and white people who think they are better than people of color.

And Daniel C Peterson? He's racist and a bigot. He, like Joseph Smith, belittles the black persons of Facsimile No. 1 & 3. Peterson has no redeeming qualities. He's a disgusting man.

When I think of the name JOHN GEE, I think of a liar, a man with no values. I'm not interested in reading any of his academic material or defenses of the Book of Abraham. He's just flat out wrong. He's the worst Egyptologist on the planet and cannot be trusted, period. I am not giving any of those guys an inch and will not dignify reading any of their crap.

I'm so done. All I'm going to do is keep on doing what I'm doing and the more people that hear it the better.

Shulem wrote: ↑
Wed Apr 07, 2021 2:28 am
Louis Midgley is a white supremacist who as far as I can tell continues to support the notion that the black man in Facsimile No. 1, should have a Caucasian head.

When I was a believer, I simply thought it was an Egyptian guy wearing black clothing. I'll bet that's Midgley's idea, too.


When I see the name, MIDGLEY, I think of KKK and white people who think they are better than people of color.

COME ON, MAN! Now, I'll be the first to acknowledge that Dr. Midgley displays no positive or praiseworthy attributes on the Internet, but accusing him of racism and comparing him to the KKK? That's flat-out over the top. Let's stick to the truth instead of inventing falsehoods.


And Daniel C Peterson? He's racist and a bigot.

YOU HAVE NO EVIDENCE OF THAT!! Sure, he's posted some politically incorrect things in the past, but that's most likely due to being a member of a generation less "woke" than our own. If he had ever hinted at believing that one race is superior to another, we'd all have heard about it by now.


He, like Joseph Smith, belittles the black persons of Facsimile No. 1 & 3.

I don't think so. He wasn't the one who drew a white / Egyptian head on Anubis' body.


Peterson has no redeeming qualities. He's a disgusting man.

Look, we can all disagree with many things that he's said and done, but let's not lose sight of the truth by making up falsehoods. Here's a redeeming quality: He's quite a gifted public speaker. Plus, in person and face-to-face, he's damned near impossible to dislike. (It put a real cramp in my style.)
Top

Interesting. That was NOT my experience. He's as much of a blowhard in person as he is online.
"choosing to work the job she loved and elevated to the end." -honorentheos
Top

I think the kkk thing was way beyond the pale. I'd like to see Paul retract that one because it was pretty swampy.

- Doc
Clinton King commenting on SeN: "My (perhaps) uncommon personal opinion: I find it easier to doubt the accuracy of carbon dating than the historicity of the Book of Abraham narrative." Good, Lord.
Top
Post Reply
310 posts